OSHA is proposing amendments to its recordkeeping regulations.

On July 29, 2015, the Occupational Safety and Health Administration (OSHA) proposed amendments to its recordkeeping regulations to clarify that an employer’s duty to create and maintain work-related injury or illness records is an ongoing obligation.

The comment period for this proposed rule is open to the public until Sept. 28, 2015. Individuals who would like to submit an opinion may do so via mail, express mail, express courier, fax or electronically.

OSHA requires employers to create and maintain records about workplace injuries and illnesses that meet one or more recording criteria. Specifically, employers must:

OSHA has the authority to issue citations and assess fines against employers that violate recordkeeping laws.

However, in general, the Occupational Safety and Health Act (OSH Act) does not allow for a citation to be issued more than six months after the occurrence of a violation.

OSHA also asserts that uncorrected violations are considered ongoing violations, and that each day of noncompliance is subject to a separate penalty.

Why is OSHA Amending the Regulations?

In 2012, a federal circuit court held that current regulations do not authorize OSHA to “cite the employer for a record-making violation more than six months after the recording failure.” Nevertheless, the court also noted that there is a discrepancy between the OSH Act and the regulations, and that while the OSH Act allows for continuing violations of recordkeeping requirements, the specific language in the regulations does not implement this statutory authority and does not create continuing recordkeeping obligations.

As a result, OSHA now proposes to amend its regulations to implement the authority to enforce continuing recordkeeping obligations.

However, this clarification could make it possible for OSHA to penalize employers for a recordkeeping violation within six months of the last date of noncompliance, not the first date when a violation occurs. OSHA believes that the clarification will encourage employers to comply with record-making and recordkeeping obligations even when these records are not produced within the first six months of when a recordable incident takes place. In other words, the clarification would discourage employers from ignoring record-making and recordkeeping obligations solely because six months have transpired since the occurrence of a recordable incident.

This also means that OSHA could now have a window of up to five years and six months after the occurrence of a recordable incident to enforce record-making and recordkeeping requirements.

Finally, the amended regulations would emphasize an employer’s ongoing duty to create and maintain records and increasingly justify OSHA’s ability to assess penalties against a violating employer for each day of noncompliance, until the maximum penalty amount is reached or the employer corrects the violation. 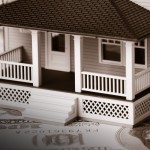 Beware: 5 Things That Jack Up Your Home Insurance Premium 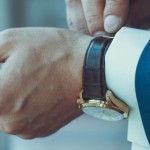