Asbestos is well-recognized as a health hazard, and its use is highly regulated by OSHA; breathing asbestos fibers can cause a buildup of scar-like tissue in the lungs and result in loss of lung function that often progresses to disability and death. At least eight employees of the two companies were unaware that they were exposed to asbestos fibers while removing floor tiles, insulation and other materials.

Many of the exposed workers came to the United States to work for Kehrer Brothers Construction under the provisions of the H-2B visa program, which allows companies to hire foreign workers temporarily. Both companies failed to warn employees—some of whom only spoke Spanish—of the dangers, even though management was aware of the asbestos hazard. The investigation also found that management threatened some workers with termination if they spoke with OSHA inspectors.

Contact Southwest Risk Management for resources to stay compliant with OSHA construction regulations and to avoid fines. These resources include a comprehensive Asbestos Exposure Program and Training Materials, tailored specifically to the construction industry.

According to OSHA, employees at Case Farms Processing Inc. are exposed to the dangers of amputation, electrocution and hazardous falls on a daily basis. OSHA also specifically noted Case Farms Processing’s long history of violating federal worker safety and health standards, which dates back to 1988.

An inspection of an Ohio-based Case Farms Processing facility found that the company was aware of numerous hazards but continued to expose workers to serious and potentially fatal injuries. In August, OSHA cited the company for 55 violations, which ranged from “willful” to “less-than-serious.” As a result, Case Farms Processing faces $861,500 in penalties and has been added to OSHA’s Severe Violator Enforcement Program, which concentrates on inspecting employers who have “demonstrated indifference to their OSH Act obligations.” Over the past 25 years, Case Farms Processing has been cited for more than 350 safety and health violations.

The inspection that resulted in the most recent citations found the following hazards:

Contact Southwest Risk Management for resources and guides that can help you avoid all of these violations.

Transporter Maintenance and Inspection LLC (TMI), a Louisiana-based trucking company, has been fined nearly $160,000 following an OSHA inspection that occurred due to an employee endangerment complaint.

OSHA cited TMI for over two dozen violations for exposing its 33 employees to multiple safety and health hazards. One “willful” violation was issued because the company required workers to work on top of tanker trailers without providing fall protection systems, such as guardrails.

Trucking companies must remain in compliance with the regulations of both OSHA and the Federal Motor Carrier Safety Administration (FMCSA).

Southwest Risk Management has the resources you need to avoid violations and their associated fines. Contact us today at (480) 924-1200 and ask to see our Transportation and Fleet Services Portfolio, which contains a handpicked selection of our unique loss control, risk management, compliance and safety resources. 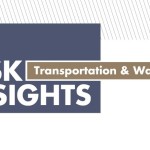 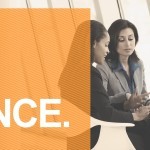