FMCSA Delays Publication of Electronic Logging and Other Rules

Cyber attacks are a growing concern in all commercial sectors, but the trucking industry faces a particularly costly cyber threat: telematics jamming.

Telematics jamming is a fairly straightforward threat—criminals hijack a truck, then disrupt or “jam” the communications between a truck’s GPS system and its satellite, making it more difficult for the authorities to track the stolen truck down. Though jamming is still rare in the United States, it’s common in Europe and elsewhere around the world.

FMCSA Delays Publication of Electronic Logging and Other Rules

The Federal Motor Carrier Safety Administration (FMCSA) announced that its final rule on electronic logging devices (ELD) is going to be published on Oct. 30, 2015—a month later than the agency had initially expected.

The FMCSA had been planning on a publication date of Sept. 30, 2015, but, according to a report from the Department of Transportation (DOT) last month, the rule had to be pushed back due to the need for “additional coordination.” The rule is expected to affect more than 3 million truck drivers who will have to convert from paper to electronic logs within two years of the final rule going into effect.

That same report offered updated estimates on the progress of several other proposed rules, including the following:

Female Commercial Drivers on the Rise

The number of female truck drivers in the United States has increased recently, according to the American Trucking Associations, and that could be a good thing for trucking companies, as women are outperforming men in a number of categories.

Women now account for 5.8 percent of the nation’s 3.4 million truckers, up from 4.6 percent in 2010. Industry experts cite a number of factors that may have contributed to the increase. A labor shortage made some companies actively recruit women, and industry improvements—better terminals, safer truck stops and schedules that allowed for more time at home—also likely played a part. 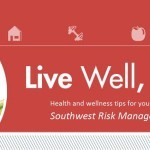 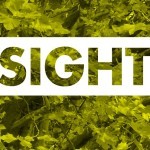 How to Choose the Right Car Seat