On Oct. 1, 2015, the U.S. Senate passed legislation repealing the Affordable Care Act (ACA) requirement that the small group market in every state be expanded to include businesses with 51-100 employees.

The Protecting Affordable Coverage for Employees (PACE) Act was passed by the U.S. House of Representatives earlier in the week. It has been reported that President Obama will sign the Act into law, although some sources previously indicated that he might veto it.

Most states have historically defined “small employers” as those with 50 or fewer employees for purposes of defining their small group health insurance market.

Effective for 2016 plan years, the ACA expanded the definition of a “small employer” to include those that employed an average of between one and 100 employees.

The PACE Act eliminates the ACA’s new definition and gives states the option of expanding their small group markets to include businesses with up to 100 employees.

This change was expected to increase premiums costs for employers and employees and reduce flexibility in plan design due to added small group market requirements.

Some states have already amended their state laws to adopt the expanded small group market definition. These states will have to take action to undo those changes.

Most states are taking already taking advantage of a transition rule provided by the Dept. of Health and Human Services (HHS). HHS has said it will not enforce small group market regulations for mid-size businesses if their policies are renewed by Oct. 1, 2016.

This means that many employers have already been able to delay moving from the large group to the small group market. The PACE Act will make this relief permanent. 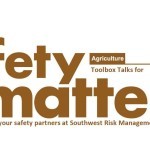 Don’t Slip Up on the Farm 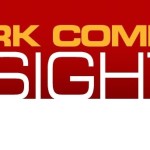